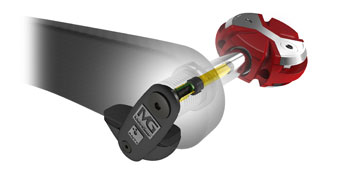 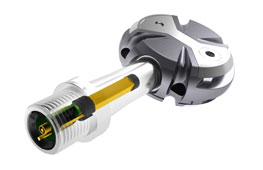 So, How Are Things Going with Vector?

Since Interbike we have been 100% focused on development and testing, and Vector is progressing at a good clip right now. Weâ€™re currently in a Beta 1.0 test phase, doing in-the-lab and on-the-road data collection and analysis. During this phase, our tests are very specific and controlled.

If youâ€™ve been following our blog, youâ€™ve seen that our custom test rigs, FrankenRider (FR) and Son of FrankenRider (SoFR), routinely punish and test the system. Vector Beta 1.0 and the test fixtures have been busy. Hereâ€™s a few stats based upon activity over the past few weeks:

Whatâ€™s Next for Vector?

Weâ€™re moving into a Beta 2.0 setup in the next few weeks that starts to take on a more production-oriented look and feel. Still beta, though. Weâ€™ll expand the testing program with these units, with the objectives of collecting more data in more conditions and comparing results to existing power measurement systems.

Thanks to many of you for your offers to be beta testers. Itâ€™s highly appreciated. We think weâ€™re in good shape at the moment. Beta 2.0 testing will include cycling enthusiasts, pros, and a small group of researchers that plan to explore some of Vectorâ€™s capabilities beyond total power (watts), such as pedaling efficiency, fit, and left/right dynamics.

Weâ€™re grateful for all of the offers to help. We keep all of your offers on file, and weâ€™ll contact you if we need additional testers. Feel free to drop us a line at info@metrigear.com if youâ€™d like to be added to the list.

When Can I Get a Vector?

Despite our best efforts, a Q1 release is looking unrealistic right now. As mentioned earlier, weâ€™re doing a lot of testing. Different temperatures, cadences, wattages, pedaling styles, road surfaces, etc. Weâ€™re doing things differently with Vector, with a lot of sensors taking a lot of measurements. Test results reveal answers, but often new questions as well. Sometimes a new test fixture is required. Sometimes we need to design a specific test to isolate an issue. To be clear, we havenâ€™t hit any killer obstacles â€” it is simply taking time to chase these new questions to closure. We want Vector to be rock-solid, and we wonâ€™t release it until it meets our high expectations.

Weâ€™re obviously big proponents of riding, training, and racing with power, and we want to avoid any impact to your training and early season power plans by giving you a heads up now. Kills us to communicate this, but we must. Based upon the amount of test time we want to accumulate on Vector, a late Q2 release is our best estimate at this time.

If youâ€™ve had a chance to check out our blog (www.metrigear.com/blog), youâ€™ll notice that weâ€™re quite open about communicating where we are in development, sharing what weâ€™re testing, providing a peak into the analyses, etc. You have our commitment to continue to openly share our progress. Our blog is going to give you the best sense for how weâ€™re progressing and closing in on the release of Vector, and we encourage you to periodically check in to see how things are going. MetriGear is comprised of a dedicated, full-time team. This is all that we do, and weâ€™re thrilled and motivated by your response.

Where Will I Be Able to Get a Vector?

We have not yet finalized our distribution strategy. The breadth of interest and the variety of applications for Vector has given us a lot to think about with regard to how we distribute and support Vector. Many thanks for the inquiries. We keep every email inquiry regarding your interest in Vector, and we will keep you updated on our site and through this mailing list as the plan takes form in the coming months.