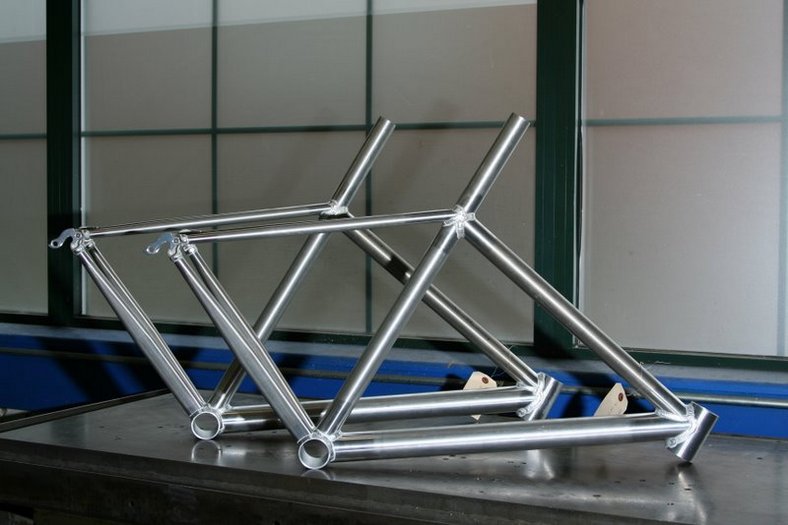 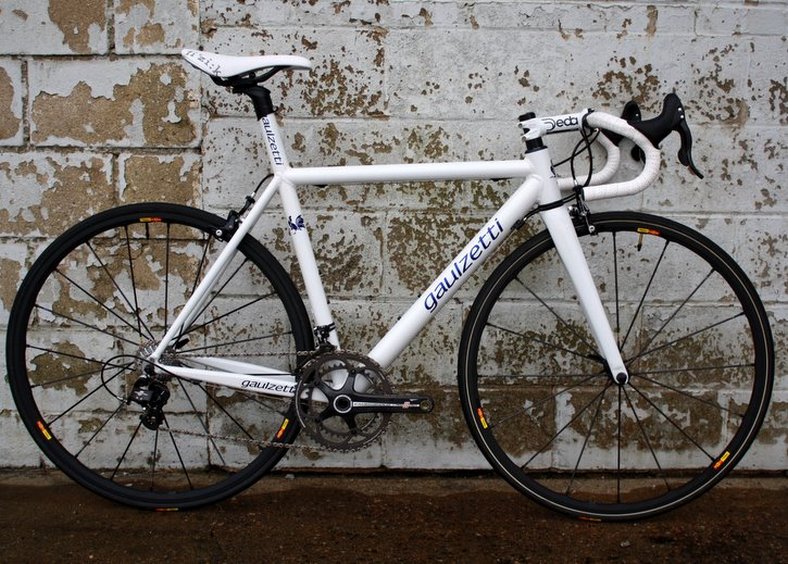 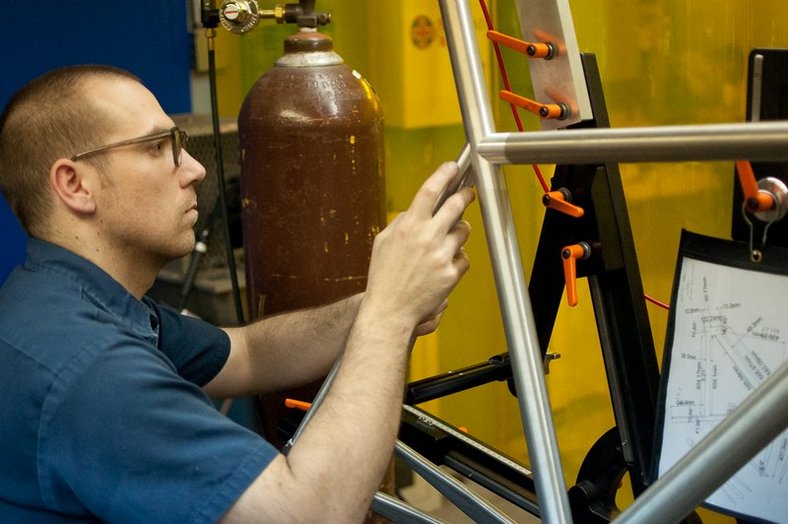 Replace â€œbooksâ€ with â€œbicycleâ€ and that is the reason for Gaulzetti Cicli. I neednâ€™t elaborate here, but I do believe that industry (and the bicycle industry is no exception) not so much adapts to the reactions of its customers as it counterfeits them. In my experience, legitimate useful worksâ€”be they art, tools, goods, services or even literatureâ€”are today, without exception, socially undesired. It may be sick and twisted, but I have always fetishized useful things regardless of their value as commodity. I like Stanley 602 Planers, FNL guns, ADA wheels and Bridgeport Milling machines. I could give a shit if the thing was dolled up and cleaned up for retail sale. And, more often than not, the most adequate items donâ€™t possess the compromises that industry demands of commodities which masquerade as tools, or works of art, or lunch, or any other thing man uses to make his life.

I know bikes. I have spent my entire adult life, save a brief spell that was engulfed with higher education, firmly involved with them in one way or another. When I moved to Belgium, the bicycle was my way of dealing with my adolescence, forming an identity, learning a language or two, and becoming a man. The feeling of physical homelessness played a part in my fanatical love of bicycles. A dead German once wrote when talking about Americaâ€™s obsession with the automobile, â€œIt was at the bottom of what the bourgeois were wont to call, mistakenly, the flight from oneself, from the inner void. Anyone who wants to move with the times is not allowed to be different. Psychological emptiness is itself only the result of the wrong kind of social absorption. The boredom that people are running away from merely mirrors the process of running away, that started long before.â€ ~ (Theodor Adorno) Thatâ€™s what the racing bike has always represented for me- and unlike the conclusions Adorno came to, I think itâ€™s a wonderful thing. Making my own bikes is to an extent me running away from my day job, which, ironically, is selling bicycles, and has been for the past 11 years. 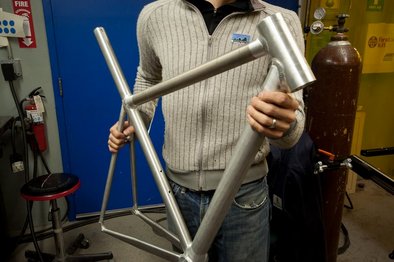 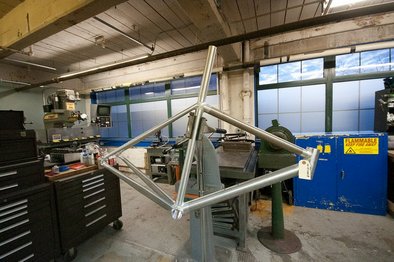 I am the industry. I am the guy who helps your kid out with their first two wheeler; who shows you how to fix your flat; who complains to the manufacturers about the disadvantages of paired spoke technology until they change it; the guy who places quarter million dollar pre-season orders and is in no small part responsible for the fact that you hate the 2011 colorways on brand Xâ€™s bikes. When I speak of industry counterfeiting the reactions of the customer, I am among the guilty, guiltier than most because I know it. I tell Trek to spec bikes with compact cranksets instead of doubles despite the fact that I know these things are next to useless for anything other than going up and down really steep mountains. I strongly argue for, and vote with my open-to-buy dollars on behalf of road bikes with taller head tubes, despite my true thoughts. Still, the bike industry is building better bikes right now than anyone anywhere has ever done before. The need for a bicycle different or other than what the bike industry produces is virtually non-existent. So what the hell am I doing making bikes?

My bikes are different. They have nothing to do with market demands. They have nothing to do with the bike industry. In fact, they are the anti-thesis to it and my escape from it. I refuse to advertise other than by word of mouth. I do not even sell my own bikes despite the fact that I manage one of the largest and most competent bicycle retailers in the world. But my bikes are all about stepping outside the box and doing things my way. Each Gaulzetti is exactly the bike I would want when everything other than the rider and the road is stripped away.

It was an intense respect, awe, and even childlike jealousy towards my friend Richard Sachs which helped spawn this project. Here was a guy building the bikes he wanted to build, unhindered by fashion, but infusing each bike he created with infinite style. The industry had abandoned the techniques and materials he employed, if it ever really had employed them. But oblivious to it all, he continued to build the best fucking race bikes he could, in his own opinionated, isolated, and perfectly independent way. He was making legitimate useful works and I wanted to do that too.

After many conversations, deliberations, and even odd and uncharacteristic questioning of my own ability to design and produce competent bicycles, I went for it. I designed a tubeset, found some competent folks who could do the stuff I couldnâ€™t, and went about making bikes that I like. And by all accounts, the wheels are in the right place, the things donâ€™t wiggle too much, and the guys and gals who own them seem to enjoy riding them for their intended purposes or otherwise. I hope I get to do this for a long time. 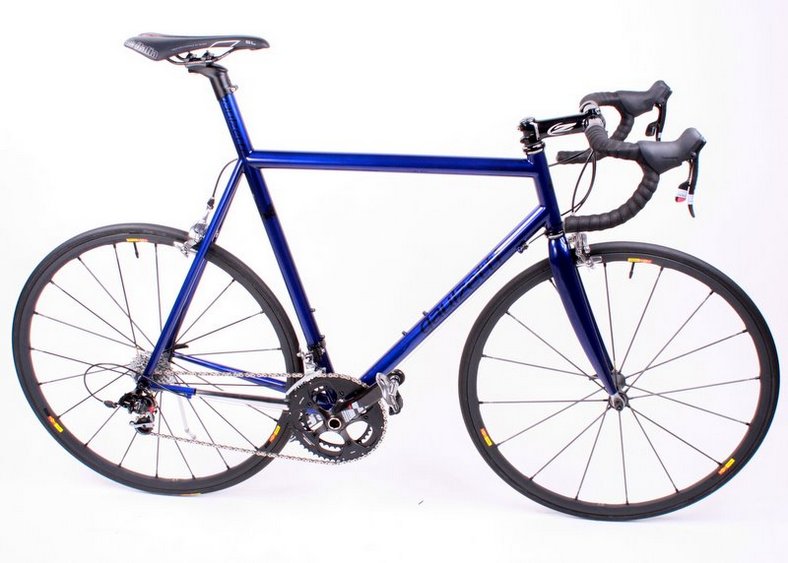